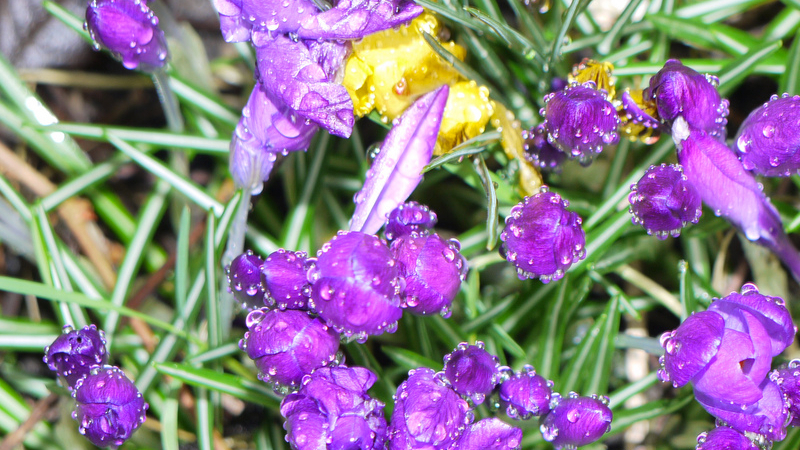 Which Plants Flourish in the UK Climate and Weather?

The UK’s climate is known for being less than hospitable when it comes to growing beautiful and different plants but that doesn’t mean it is impossible to do so.

The best time of year for plants to flourish is obviously the warmer months but there are some plants that can do well while it is cooler too.

There was a time when the UK was known as ‘a green and pleasant land’ but climate changes seem to be making it more difficult to live up to the reputation.

It seems that in as little as 50 years, all the hedges, shrubs and greenery that provide the quintessential look the UK is famous for could be fighting for survival.

However, there are some plants that come out on top in the battle against climate change and are a gardener’s best friend. The increased rainfall we are seeing is making it steadily more difficult for Mediterranean species to flourish in the UK.

The British winters, although wetter than usual, are becoming shorter which is leading to earlier bulb displays in gardens and trees are leafing sooner.

Higher temperatures in the spring and summer months may seem like a blessing for gardeners but the change in heat also brings with it a fair share of trouble in the garden.

The changing climate is producing ideal conditions for numerous insects and fungal diseases that can wreak havoc on the UK’s historical and domestic gardens.

The lily beetle, rosemary beetle, berberis sawfly, red spider mite and new vine weevil species are all spreading across the country thanks to the warmer climate.

Similarly, diseases like Phytophthora are steadily attacking the UK’s greenery, particularly the Yew Hedge, one of the country’s iconic bushes.

Over the coming years we may see more exotic and sub-tropical plants and fruits, such as citrus and cannas, being grown across the country.

The change in climate is a result of increased carbon dioxide in the atmosphere which is good news for plants as it will enable them to grow faster and stronger than before.

This will, however, have a more negative effect on other garden plants that cannot adapt as well to the changing climate.

Cottage garden favourites such as delphiniums and lupins are at risk of becoming rare in the south east over the next few years.

This is because they need moisture retentive and fertile soil which is not as easily found in the drier summers we have been experiencing of late.

The traditional bulb displays are also at risk as they cannot cope well with the waterlogged winters that are becoming more apparent in the UK.

One way to help give a garden a helping hand to survive the changing climate is to adapt the plants that call it home.

Similarly, gardeners should adapt to their own environment and plant damp loving plants if they know their gardens hold water better during the damper months.

Most of the geranium species, as well as other tall perennials, seem to flourish in damper weather but the plants that can be referred to as ‘strong’ in long term wet conditions are generally restricted to those found near ponds or other water features such as reed-like grasses and some irises.

Trees are usually pretty secure in wet weather thanks to their impressive radial root base. Many of the wet-tolerant trees come from North America, such as the tulip tree (Liriodendron tulipifera) and Acer rubrum.

The plants that will flourish best in the UK climate and weather will depend on the environment in which gardeners are attempting to grow plants.

There are differences in what plants flourish in the South East of the country and those that do well in the North West so there is no straightforward answer as to what plants will do well in a particular garden.

Drought tolerant bushes are a good starting place for healthy looking gardens throughout the summer months while geraniums and irises are better suited to the damper weather.

If you require any assistance with your landscape and garden planning, or would be interested in any of our paving services please call Minster Paving today on 01865 300252 or contact us directly here.

Search for your perfect product here

We Are Proud To Deliver To Our Customers Nationwide!