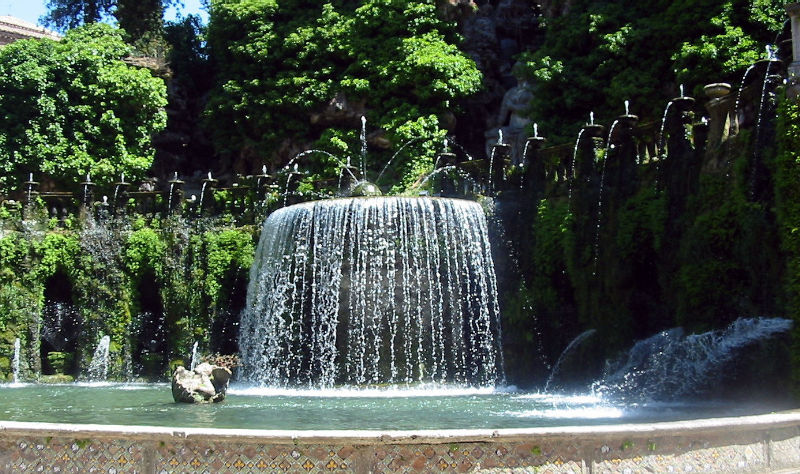 10 Of The Most Amazing Fountains Ever

At Minster Paving, we love fountains. Here we list some of the most beautiful and well renowned fountains in the world. We hope you find inspiration on this page to start your own garden fountain project!

When?: The fountain was ordered in by Clemens XII in 1732 but it wasn’t officially christened until 1762 by his predecessor, Clemens XIII.

About: The fountain holds a legend that says if you throw a coin into it, you will return to Rome. In the centre of the fountain is Neptune/Oceanus with two tritons, one blowing a shell horn to symbolise a calm sea and one attempting to tame a fiery horse who resembles a rougher sea.

Where?: Columbus Drive and Congress Parkway in Grant Park in Chicago

When?: The fountain was opening in 1927 and is one of the largest fountains in the world.

About: Every hour on the hour a water display occurs the lasts 20 minutes. The water display includes music and 820 lights that are choreographed in time with the water. Every minute approximately 14,000 gallons of water is fired into the air by 133 jets.

About: It cost approximately $218 million to build The Burj Kalifa Fountain. It sprays water higher than a 50 story building, is 25% larger than the Vegas fountain and its lighted water shows have been called breathtaking.

When?: The Tivoli Fountain was designed by Italian architect Nicola Salvi and completed by Pietro Bracci in 1762.

About: Tivoli is known for its garden of the Ville d’Este, as well as the extensive ruins of Hadrian’s Villa. The fountain itself was made to represent the waters in the area of Tivoli.

5. The Fountain Of Wealth

When?: The fountain was constructed in 1995.

About: The Fountain Of Wealth is the largest fountain in the world. It is made of bronze and build to resemble a hand coming out of the ground with five tower blocks that represent the fingers and thumb.

When?: The fountain was donated to Jeddah by King Fahad, hence its name. It was constructed between 1980 and 1983 and has been operational since 1985.

About: The fountain sits on the coast of Jeddah and has the tallest water jet in the world. It draws its water from the Red Sea and send an impressive spray of over 850 feet. It is especially magnificent at night when over 500 spotlights illuminate the jet.

When?: The fountain is named after J. F. Archibald who offered the funds to have it built. The artist chosen to design it was François-Léon Sicard who completed the sculpture in 1926 but never saw it unveiled in Sydney in 1932.

About: The Archibald Fountain was designed to commemorate the association of Australia and France during World War One. The flamboyant bronze fountain shows a multitude of different mythological figures and animals that all spray jets of water.

Where?: Between Lake Geneva and Rhone River, Geneva, Switzerland

When?: The fountain was first installed further downstream than it currently is in 1886, as a safety valve. In 1891, it was moved to its current location after its aesthetic value was recognised and since 2003 the fountain has operated all year round.

About: The Jet d’Eau sends a jet of water into the sky at 124 mph at up to 460 feet high. The fountain is visible throughout the city.

Where?: The All-Russian Exhibition Center in Moscow, Russia

When?: The building of the People’s Friendship Fountain began alongside the Colossus Fountain and the Stone Flower Fountain in 1954.

About: The People’s Friendship Fountain was a collaborative structure by architects K.G. Topuradze, G.D. Konstantinovskiy, and sculptors Joseph Chaikov, E.V. Bazhenova, P.I. Dobrynin and many more. The core basin of the fountain has an area of 37000 metres and the water is shot upwards from over 800 spouts. It has 16 gilded statue of maidens in their national costumes, to represent the Soviet Union Republics.

When?: The epic La Joute Fountain was created in 1969 by Jean-Paul Riopelle.

About: It runs on a half an hour kinetic sequence that culminates in an incredible ring of fire which circles the centre island of the fountain.

The fountains on this page are grand and expensive, but you can create your own cost-effective garden fountain on a shoe-string budget. Check out our blog post on easy DIY fountains, HERE.

Search for your perfect product here

We Are Proud To Deliver To Our Customers Nationwide!